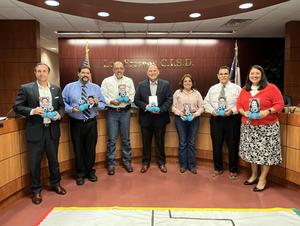 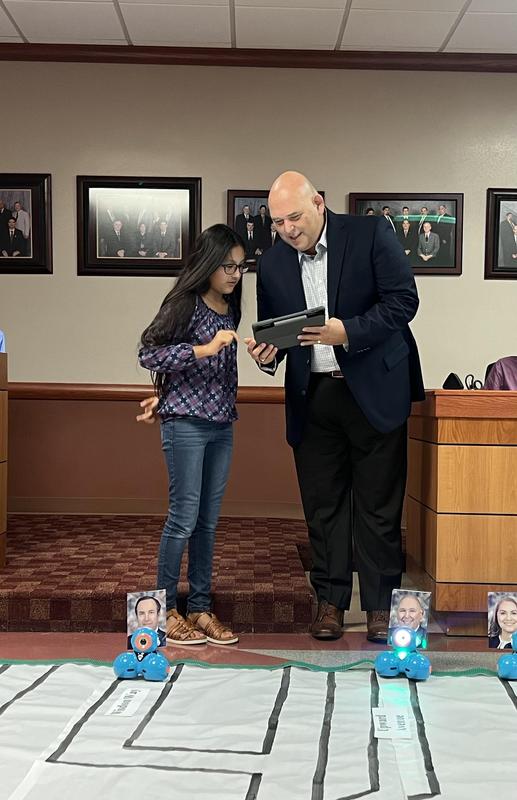 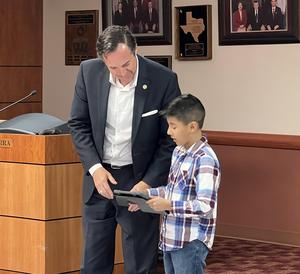 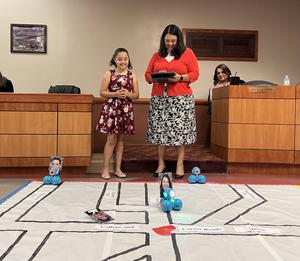 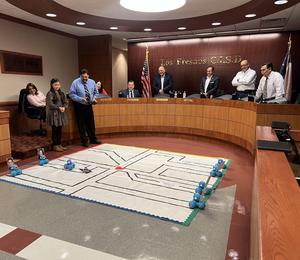 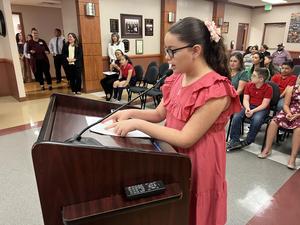 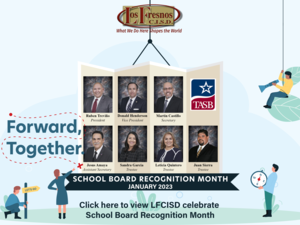 All roads lead to a celebration of dedication and excellence in recognition of School Board Recognition Month. The Los Fresnos CISD Board of Trustees was honored at their monthly meeting for their outstanding contributions and commitment to the district and students.

This year’s theme, “Forward, Together”, honors the success and positive outcomes that are achieved when parents, teachers, students, and district leadership work together. At the January 2023 board meeting, student representatives from the fourteen Los Fresnos CISD campuses mirrored the theme with a special activity that showcased student STEM skills to recognize the unique qualities that Los Fresnos CISD board members embody.  A large map served as the foundation for students to assist board members in navigating roads named after those seven qualities with an “Ozobot”.  The small robots are steered via communication with a program on an iPad.

All seven board  members navigated their “Ozobot” with their corresponding photo via Responsibility DriveCommunity AvenueProductivity DriveFocus AvenueOpinion AvenueWisdom WayUpward Avenue, arriving at the heart of Los Fresnos CISD at the intersection of Falcon Way and College and Career Ready Drive.

The following are the Board members and students in order of their participation:

The Los Fresnos CISD Board of Trustees are volunteer leaders who serve by providing oversight while maintaining the goals of the district and supporting the vision.  They work to move “Forward, Together” with the best interest and future of students, staff, and schools at the forefront.