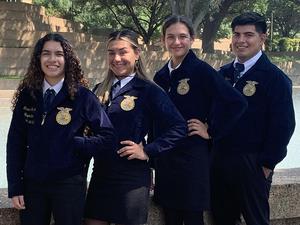 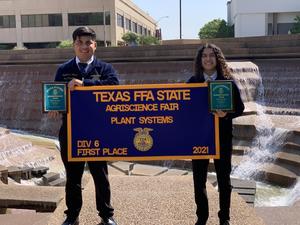 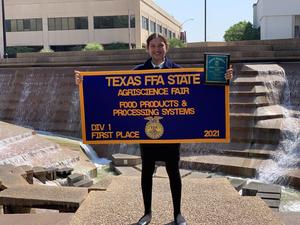 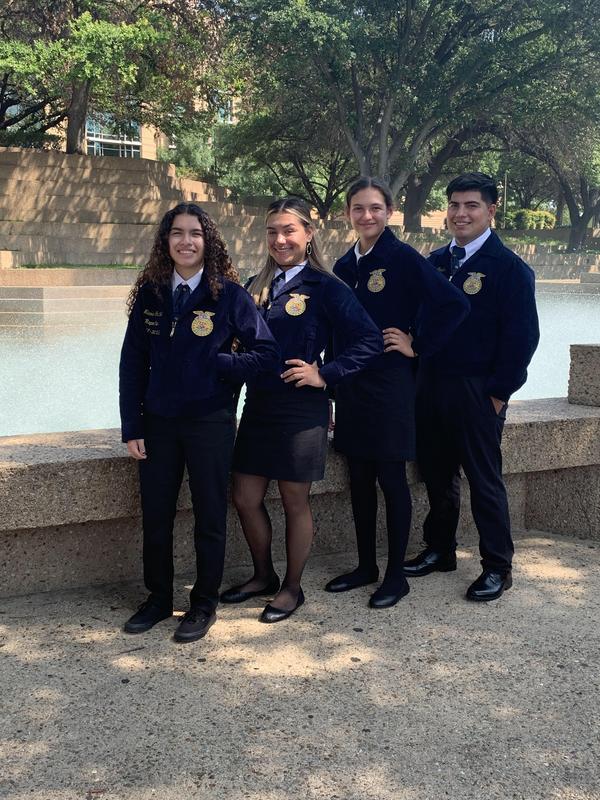 Three Los Fresnos CISD students were crowned state champions in their events at the Texas FFA Convention in Fort Worth this week.

They and several other Los Fresnos FFA students are competing in the state competition.

Garcia and Medina, now declared state champions in the Plant Systems Division 6 competition, have qualified to participate in the National FFA Convention, earned $1,000 scholarships each. Brisky earned a $250 scholarship in the Food Products and Food Processing Systems division.