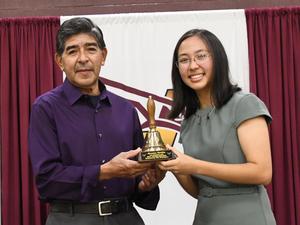 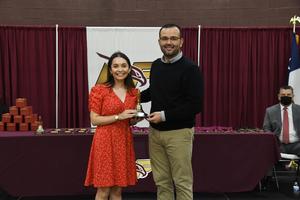 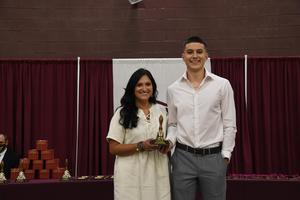 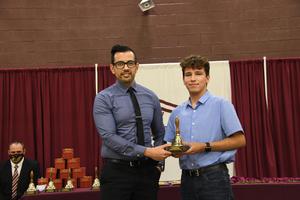 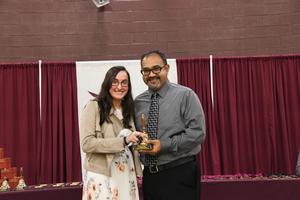 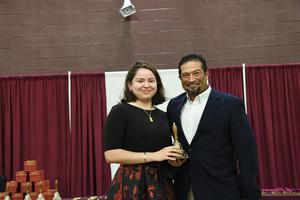 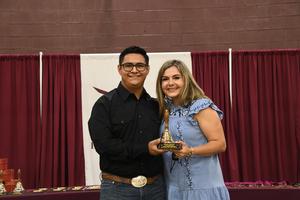 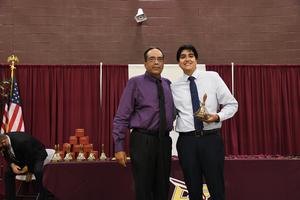 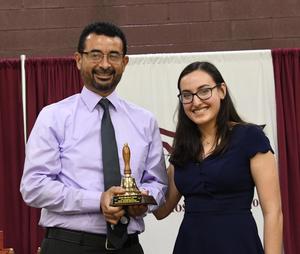 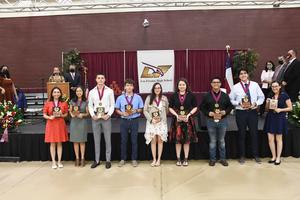 Top 10 Percent students recognized at Awards Night.
At the Los Fresnos High School Student Achievement Awards Thursday evening, the biggest applause of the night was not for a student or a teacher.
The annual Bell Awards were presented by the top ten academic students to the people who impacted their education in a special way.

Most students picked teachers for their Bell Awards, but salutatorian Mia Rodriguez surprised the audience with the selection of her Bell Award recipient. Rodriguez delivered her speech in Spanish and spoke about a person who always gave her a positive start and end to the day – her bus driver.

Jesus Ortiz, a four-year driver who drives Bus #195, didn't know why he was asked to attend the event by Suzanne Ramirez, Director of Transportation. Ramirez asked Ortiz to be patient throughout the ceremony.

"My day starts out super well," Mia said (English translation). "He gives me a warm welcome and a friendly smile. He never fails to say goodbye to us when leaving the bus. Mr. Ortiz, thank you for your dedication and kindness. I hope you know that your small actions every day improve my tomorrow."

The audience was the loudest for Ortiz when Mia finished her introduction. They were even louder when he stepped off the stage. Some in the crowd of mainly parents gave Orriz a standing ovation.

He was the first bus driver to ever receive a Bell Award since the inception of the award about 15 years ago.

The other Top 10 students and their Bell Award recipients were:

Students who made the Top 5 Percent and Top 10 Percent rankings were also introduced and their academic achievements were mentioned.
Published May 28, 2021 Print