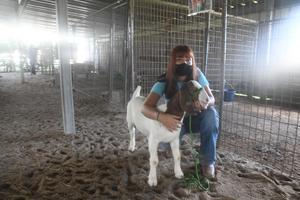 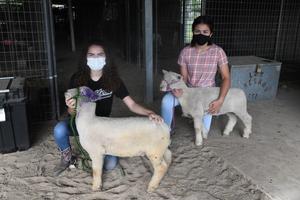 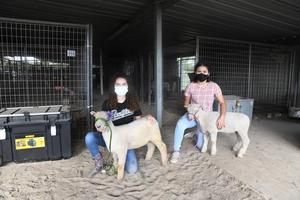 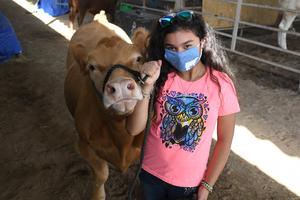 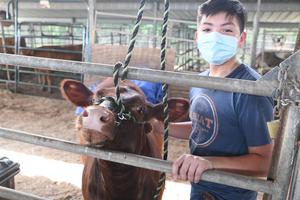 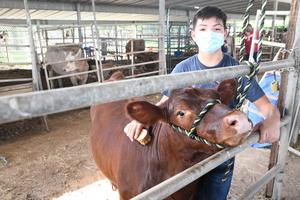 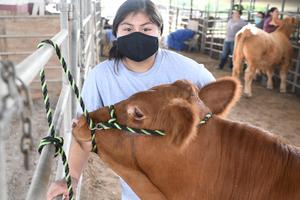 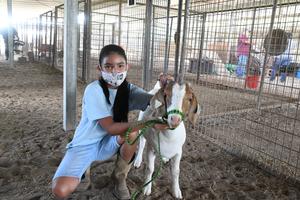 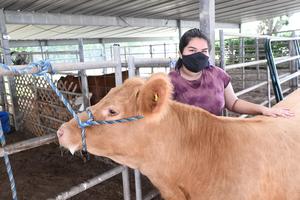 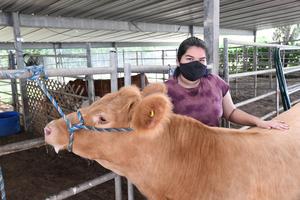 Most students were home during the summer pandemic relaxing. That was not the case for several FFA students who kept busy taking care of their animals.
Most students have spent the summer relaxing at home, quarantined because of the pandemic, without the responsibilities that a select group of students does.
They are the FFA students from the elementary to the high school level, and their summer projects are animals such as rabbits, goats, sheep, pigs, heifers, and steers.
Their animals are housed at the LFHS Ag Barn, and about 20-25 students have been going there seven days a week about twice a day since June.
"They have to have a strong year-round commitment," said Omar Gonzalez, the fourth-year LFHS Agriculture Science teacher. "Showing livestock is not just showing up on the day of the show and having them look pretty that day. You have to feed them, monitor their health, monitor their weight gain, and monitor their feed and water intake."
Gonzalez has been around livestock since he was a student at Lyford High School under well-known teacher Armando Correa, now the Executive Director of the Rio Grande Valley Livestock Show.
Raising livestock is a family affair for dozens of families living in and around Los Fresnos for decades. Many have had several children go through the FFA program and attending livestock shows from elementary to high school. The monetary rewards for Grand Champions that culminates years of preparation can help pay for college.
Sophomore Naya Atkinson is the youngest of five children who has raised animals. Her father, James Randall Atkinson, did when he was an LFHS student in the late 1980s.
"Everyone was expecting me to raise animals, but I liked it too," said Naya, who has heifers and steers at the Ag Barn. "It's a routine now. You just do it every day. It's a lot of work."
Atkinson has shown animals at the San Antonio Livestock Show and Houston Livestock show. She has raised pigs, goats, and heifers. "It's a lot of work.  I have never gotten worse than third place. This year, I'm going to win."
Some other students at the Ag Barn include:
All the work done by students would not be possible without the work and financial support of the parents.
"Parents are the driving force behind this," Gonzalez said. "If it weren't for parents and their time commitment, we wouldn't have a great program. Some of these animals go through $50-$60 of feed a week, and some more than that, depending on the size of the animal. Most of our parents have jobs. But they're out here spending time with their children and their animals."
Print